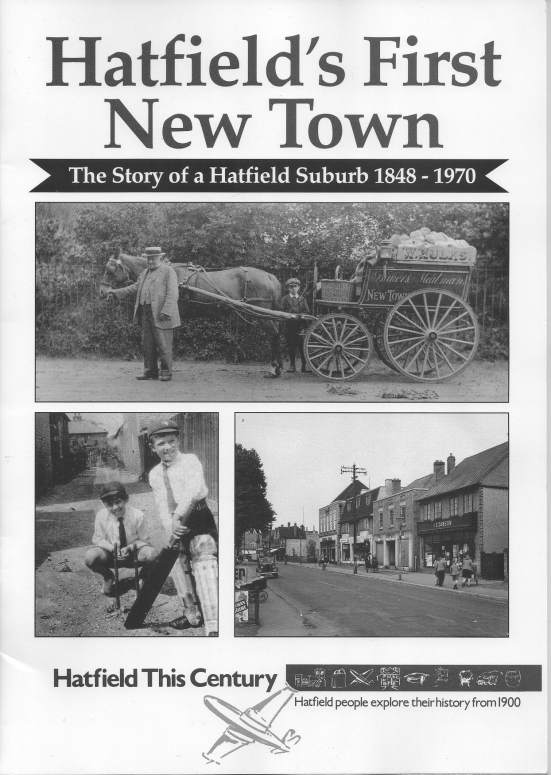 (by “Hatfield this Century”)

“Hatfield This Century” was the former name of “Hatfield Local History Society”. Its first publication (in 1992) provides a well researched account of the original Hatfield New Town which sprang up in Victorian times and survived well into the Twentieth Century before being completely redeveloped as one of the post-war “new towns” after WW2.

To quote from the publication’s Foreword, “This booklet is not a comprehensive history of Hatfield’s nineteenth century suburb, but rather an outline with special reference to its social history and some of its best remembered public houses, shops and trades. Questions such as housing conditions, religion and politics, community life and recreation are barely touched upon. The original Workers’ Educational Association booklets, Hatfield and Its People, have yielded much useful information to which we have added data from rate books, census returns, directories, maps and photographs. Personal reminiscences, both tape-recorded and written, have also proved a helpful source. But this is only a starting point. Much work remains to be done.
Note: The suburb was known both as New Town and Newtown. The latter spelling is used throughout this booklet to distinguish it from the post -1948 New Town.